If you ask me who is to blame for my curse...

... on nine out of ten nights as I sit in this stone lodge, I will tell you that Monique, the witch of these woods, is to blame. On the tenth night, though, I might tell you the truth. I am to blame. 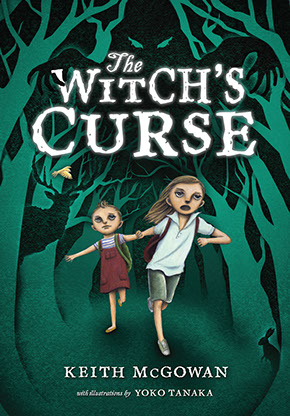 Independent Bookstore Near You

Selected by the Bank Street College of Education as one of the Best Children's Books of 2014! 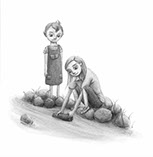 School Library Journal: “This sequel to The Witch's Guide to Cooking with Children is an exciting adventure. Sol, 11, always wanted to be athletic, but being turned into a deer was not how he envisioned becoming a better runner... The added perspectives of the All Creatures Manager in the town they left and the journal of the hunter, tortured by his dreadful task, as well as the squabbling of the two siblings make this story a bit more complex than just a good-versus-evil tale. A well-done continuation of the story that leaves readers wanting to hear from this brother and sister again.”

Charlotte's Library: “Immediately tense, and gets more so. And as was the case in the first book, the relationship between the siblings, sometimes fraught with tension of its own, adds a human element to the supernatural dangers... The Witch's Guide was a reimagining of Hansel and Gretel, and The Witch's Curse is a retelling of the more obscure Brother And Sister. There's no need to rush out and read the original story first, but having just done so myself after the fact, I appreciate the way it is twisted here lots . . . Highly recommended for intelligent readers who like a nice, dangerous adventure with twists and turns.”

Dhaka Tribune: “The Witch's Curse is a funny and heartfelt treat for its readers. With detailed illustrations and positive messages on determination, resourcefulness and sibling love over sibling rivalry, this book is a must read and a definite suggestion for all.”

What Do Kids Say?

The book is very funny and scary at the same time.

I have nearly read it twice and it doesn't get boring.

You made cool main characters, Sol and Connie. My favorite scene was when they changed back into humans.

I think it's a great story (spooky and exciting).

I liked it because it had magic and trickery and action.

It was a good idea that Sol drank the water out of the river first before he let Connie drink.

Read about the author Keith McGowan 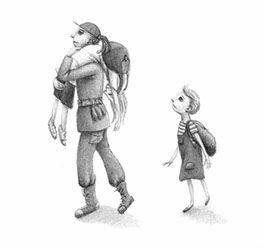